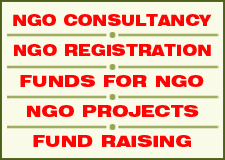 What are the parameters for Social Activists and Social Entrepreneurs who run, manage and operate NGO? Basic parameter and criteria to recognise and justify the reality of the Social Activists and Social Entrepreneurs is that are they really following in their real life and system for and about that principles what they claim for and claim about their NGO and Social Life. Here are some points and expected parameters for the persons who are running, operating and managing to get recognition as social activists and social entrepreneurs:

How to be a real and well recognised social activist and social worker: If the persons associated with NGO and Social service can follows the applicable social parameters and follow the process in their real life according to the declared objectives of the NGO then they can be the real and well recognised social activists. So it can improve their status as the leading social personalities and it will improve the ranking of their NGO.