Bihar is an eastern/northern state of India coming at third place in the row of densely populated states. This highly populated state stands at in the category of largest states of country by area. The land has ever since remained a land of struggles. Be it the struggle for independence or that against the zamidari system and the caste system, the people of Bihar have always remained at the forefront. Mineral and natural wealth of the state is placed in contrast to the misery of the people.

Most of the population of Bihar resides in rural areas and very small percentage has an access to the privileges of the urban development. A large portion of the population of Bihar is engaged in labour work. Due to the lower job opportunities migration to other parts of India especially to Punjab, Maharashtra and Gujarat is a prominent feature of the labouring masses of the state. Most of the people of the lower stratum migrating from Bihar to other states at times, face violence and insult incited by extremist groups or other organizations involved in identity politics and regionalism. Due to lack of resources and lack of development in the region, they are forced for migration.

Agriculture is the second important field of engagement, but larger population is involved in subsistence farming on small sized plots. The main crops are maize, rice and wheat and some of the pulses. Vegetables, especially potatoes, onion, cauliflower are grown in large parts of state. Horticulture involves growing litchi, pineapple, mangoes, bananas and guava. Industrial development has been very limited in the state despite the state being a major supplier of raw material to the most basic industries in other parts of India and world.
Socio-economic conditions of the rural population are pathetic, female to male ratio is very low and literacy rate marks the lower segment of the graph. Their standard of living is very poor and they have a very low level of access to the education and health facilities. In the backward tribes of Bihar people are not aware about the schemes and programmes started by the state and centre governments for their benefits. The role of various state and central governments has came under criticism from various quarters for this lack of awareness among the people as they allege the lack of political will towards the development of the rural as well as backward tribes of not only Bihar but also in all over the India.

People of these rural and backward areas are still fighting for the fulfilment of their basic needs such as clean water for drinking, sanitation system, education for their children and a safe and respectful environment for the female members of the family in the society. After passing more than two- third part of a century of independence, dalits, tribal people and poor peasants are still waiting for the fulfilment of their most minimal aspirations after independence.

Farm labourers are fighting against bondage and for the implementation of the labour laws as passed in Indian constitution besides for the amendments to various existing Acts. The conditions of the working women of the rural and tribal areas are more pathetic than the men. The social status of the women in society and even in family is like a slave. Physical, mental and sexual harassments that include stalking, molestation and rape is rampant. Domestic violence, female foeticide and infanticide, dowry system, child marriage the other major societal evils responsible for this pathetic condition of the women. The number of the girl students is less than the boys in schools. Due to proper sanitation, awareness and poverty, people from backward classes are struggling for necessary facilities to live a normal life.
Child labour, rag-picking, child trafficking and drug- addiction are the other major social problems in the society. Children under 5years are suffering from malnutrition and other related nutritional deficiencies. The cases of newborn and neonatal deaths are very high due to high risk pregnancies and various other maternal problems and other major factor responsible for maternal and child deaths are lack of emergency medical facilities in rural and tribal areas.

Due to the lack of awareness about health related issues, various life threatening aliments are common in lower stratum of population in both urban and rural areas. People are at higher risk of STDs and RTIs and other communicable diseases. The downtrodden and the weaker sections of society want attention for their development as well as respect and prestige in the society. 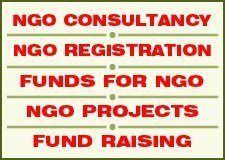